Kedamono (ケダモノ lit. beast) is Popee's "assistant" and a performer at Wolf Circus. He is a deuteragonist who is a constant victim to Popee's torment.

Kedamono was picked up by Popee and Papi before joining the circus. Before that, he was part of a temple.[1]

Kedamono is a purple-furred, anthropomorphic wolf that wears orange boxers with a yellow star pattern on top and an ever-changing Noh mask that matches his current expression (as in, whenever his real expression changes, the mask falls off to reveal another one that reflects that.)

The first (and only) to have ever seen his face underneath the mask was Frog, who claims, "Kedamono's face... looks like his mother's."

Despite Kedamono's face never being fully revealed, there is a bit of confusion regarding his eyes. In episode 29,「DARK SIDE」, Kedamono is shown wearing a lemon pack.

Some fans have mistakenly interpreted the lemon slices as Kedamono having multiple eyes. As Ryuji Masuda has stated before[2], this is not the case. This is also hinted at (if not accidentally) in-show; In certain angles, his eyes can be seen from behind the mask, resembling small simplified black dots.

Kedamono seems to the kindest and most caring of every character, showing his concern every time someone was injured, or when something was destroyed. Though, if offered a chicken leg, he forgets his morals and will do almost anything to have it. He also appears to have an egotistical streak of his own—despite it not nearly rivaling Popee's—as he has unwisely goaded Popee on during shows of skill. Though his patience (especially concerning Popee) is considerable, he has several moments of bitterness and unwillingness to help Popee, possibly due to the foul treatment Popee tends to put him through.

Kedamono wears a mask because he's afraid of exposing his true nature,[3] which is that of a "beast" (this may literally mean he's disguising himself as a human with his mask, and he's disguising his true nature as a wolf).[4] Even he doesn't exactly know what it is, though, and that scares him.[5] There are times when this can be seen in the show, such as in「ESCAPE SHOW」when Alien destroys the fried chicken he had used to get Kedamono to inject Popee. His mask becomes very different, with color and rather scary expressions.

The reason Kedamono follows Popee is because Popee, as self-absorbed as he is, doesn't care to look further than Kedamono's mask. He has no interest in what or who Kedamono really is, and feels that, ultimately, Kedamono is just Kedamono.[6][7] Even when Kedamono's nature occasionally rears it's head, Popee doesn't look very deep into it, which makes Kedamono relieved, and makes him feel safe to be around.[8] Kedamono also sticks by him because, while he appreciates Popee for being shallow, he also recognizes that Popee is lonely, and doesn't want him to feel that way.

In wearing the mask, Kedamono is intentionally disguising himself as a human, and disguising the fact that he is a wolf.[9][10] The thing is, of course, is that everyone knows he's an animal wearing a mask—though it's possible they're unable to tell what he is, exactly. Popee doesn't treat Kedamono like an animal, though—he instead treats him like a creature with a mask that's pretending to be human, which is exactly what Kedamono is. At the same time, he will treat him as an animal or human when the situation calls for it.[9]

To an extent, it seems that Kedamono admires Popee's ability to unapologetically be himself. Wakako Masuda said, on twitter, that Kedamono feels that, in trying to be human, he could be more like Popee, and complement him better.[11] Make him stand out more, which is what he wants. What he didn't account for is that he's more skilled than Popee is.[11] Now, he can't be human—but he can't go back to being a wolf, either.[11]

In the manga, at the end, Kedamono leaves Wolf Zirkus. He left because he was afraid that the fact he's a wolf would be exposed, and the contempt for himself he buried deep for trying to be human, when he's an animal. It's unknown whether he was able to return to living as a wolf afterwards, in context of the manga.[10]

Kedamono is often seen as somewhat anxious and fearful, which is understandable since he is a victim to most of Popee's antics. He can also be a bit of a pushover.

There is a television show that Kedamono absolutely enjoys, which consists of the UFO Girls in bikini outfits that dance with only two frames and funky music. In several episodes, Kedamono is seen watching said television show, laughing and eating fried chicken. 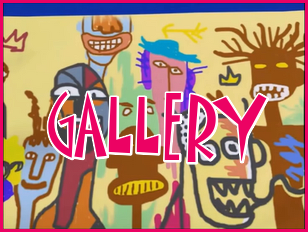 Click here to go to this page's image gallery!

Community content is available under CC-BY-SA unless otherwise noted.